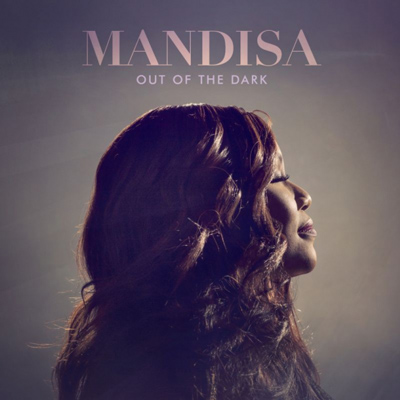 Mandisa released her comeback album Out Of The Dark on May 19, 2017 (Sparrow Records—buy) nearly four whole years after her previous project, Overcomer (buy), dropped to critical praise. Since then, the GRAMMY Award-winning artist faced such deep and personal adversity, it threatened to choke the very life from her.

In June 2014, close friend Lakisha Mitchell lost her battle with breast cancer—the very subject that had inspired Mandisa’s Overcomer album. The tragedy produced such a cloud over the talented singer that it created doubts about God to the swinging points of the highest outrage to the deepest depression.

On the other hand, God was showing up for Mandisa in the very midst of her depths—physically appearing in the form of love from her closest of friends. Relentlessly caring for and pursuing her—amid Mandisa’s choosing isolation—with God’s strength, their persistence paid off, and Mandisa can attribute her proclamation of “I’m Still Here” (lead track on Out Of The Dark) to these selfless acts of love.

In this cover interview with the popular American Idol alum, CCM Magazine allows Mandisa to share her vulnerable story in the hopes that if you’re choosing to live in the darkness, you too will consider flipping on the light.

CCM Magazine: On the opening lines of your lead single “Unfinished,” you transparently said, “That world I painted, where things just all worked out, it started changing, and I started having doubts.” What caused those doubts, and what were you doubting?
Mandisa: Kisha was pregnant with her second child when she was diagnosed with breast cancer, and I prayed for her. I believed God was going to heal her. When her son Brennon was born —who is beautiful, healthy and will turn four in June—I really thought that was just the first answer to my prayer. So, when she had one year with him before she went home to be with Jesus, those are the doubts that I’m talking about.