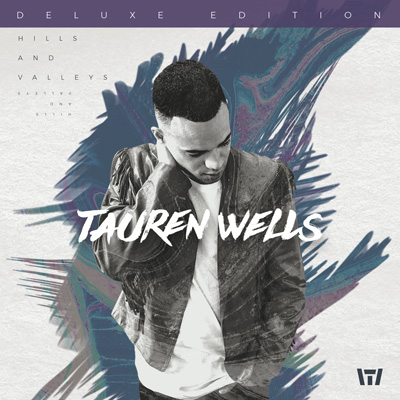 The Recording Academy nominated Tauren Wells and his band mates from Royal Tailor for “Best Contemporary Christian Music Album” twice, with 2011’s Black & White and 2014’s Royal Tailor. On June 21, 2017, with much anticipation, Wells stepped out to release his debut solo album, Hills And Valleys (Reunion/Sony—buy).

And speaking of stepping out, that move has landed Wells—who also serves as a pastor at Royalwood Church in Houston, Texas—into the company of whom many would consider music royalty, to be witnessed by some incredibly large audiences at some of our biggest palaces. This summer, Tauren Wells has been invited to perform songs from Hills And Valleys on Lionel Richie’s 22-city All The Hits Tour, which also features special guest Mariah Carey. The concert schedule includes stops at such vaulted venues like Madison Square Garden, United Center, and the Hollywood Bowl.

Before Wells set out on the tour of a lifetime—we’ll go ahead and call this one a “Hill”—he took a little time out of his busy schedule to discuss his new music, and potential pinch-me moments with us, for our July 15, 2017 magazine edition.

CCM Magazine: Congratulations on dropping your debut solo LP. Has there been any highlight reactions to your new music since its release?
Tauren Wells: Man, every reaction is awesome. I love my son’s reaction. After I play a song, he says, “Dad, can we listen to Andy Mineo?” [Laughs]