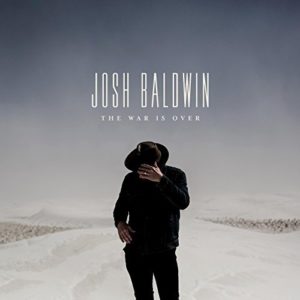 Nearly twenty years after he started making music, worship leader Josh Baldwin has crafted the album he’s always wanted to create. The War is Over (buy) is his debut release with Bethel Music, although he’s spent the last several years releasing solo albums and leading worship in the Charlotte area alongside John Mark McMillan.

We recently caught up with Baldwin to hear more about his background as a worship leader, the cost of moving across the country and why his approach on The War Is Over is different than anything he’s done before.

CCM Magazine: Do you remember the first moment you ever led worship for any church or group of any kind?
Josh Baldwin: My dad is a pastor and was also a worship leader and is very much into music, so I grew up in that setting. I actually played drums before I did anything else. A lot of my first experiences were playing drums for my dad during worship and for other worship leaders.

I started leading worship and playing guitar when I was in high school, but the first time I actually remember doing it and thinking, “This is what I want to do with my life,” I was in college at Lee University. I actually dropped out of there and I was on academic probation. I didn’t do well. [Laughs] It’s funny because I just went back there a month ago and led a worship night and they welcomed me back with open arms and celebrated me. It was funny. I was like, “You guys know I actually wasn’t a great student, right?” [Laughs]

So anyway, I got invited to lead worship for this youth camp where a couple churches got together in North Carolina. I happened to know the youth pastor and he asked me to lead, so I did. I remember one night in particular where it was just an amazing night where everyone was crying and the Lord came and really touched people. That was a night where I remember this vivid picture knowing that this was what I’m supposed to be doing with my life. I ended up dropping out of college and went to a ministry school and went all-in on worship and writing music. I was probably nineteen or twenty.