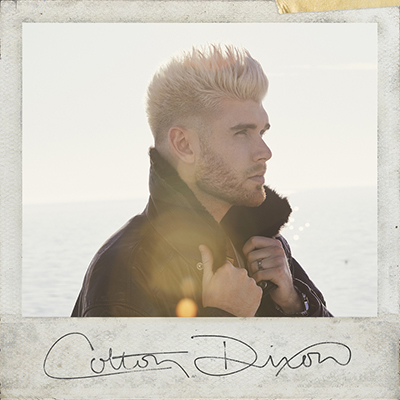 “Devil Is A Liar”

With his self-titled debut recording for Atlantic Records, Colton Dixon has gone full-on pop. Opener “Miracles,” with its chime-y groove, brings a few Ed Sheeran hits to mind, while “Can’t Quit You,” due to his youthful vocal tone and the track’s quirky pop effects, may remind listeners of Justin Bieber. Dixon skillfully walks that fine line between meeting his Christian audience’s high spiritual content expectations, while also giving mainstream pop listeners something to which they can easily relate.

One called “Devil Is A Liar” makes truthful theological statements about Satan’s deceitful nature that don’t come off too overly religious. Also, the aforementioned “Miracles” is a heartfelt lyrical apologetic for the supernatural. Even the most hardened cynic must sometimes wonder why unexpectedly, amazingly good things (miracles) sometimes happen to people. “Some will say it’s magic,” Colton notes, speaking to that cynic’s doubts, then states his perspective—he’s a firm believer in miracles.

“Can’t Quit You” features a lyric that can easily be interpreted as a straight-out love song. Both “Wanderer” and “Not Goodbye” close out the EP, each featuring anthemic elements one mostly associates with Imagine Dragons, and to a lesser degree, for King & Country. With only five songs all told, this former American Idol standout covers a wide variety of sonic territory. One can imagine these pop songs being played on both contemporary Christian stations and mainstream pop outlets. Colton Dixon is just one of these rare breeds.