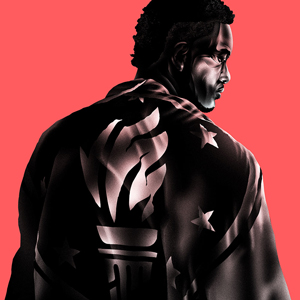 Just two days before pipe bombs were found in a backpack, part a series of terrorist events in the NY-NJ tri-state area, Jesus showed up at Christ Fellowship Church in Elizabeth, NJ. KB’s We Set The Tempo Tour event featuring Blanca, Tauren Wells, and Solomon Joseph rolled through the popular New Jersey town without a hitch.

The night was filled with powerful and spirit-filled worship, taking on the form of acoustic ballads, dance music, R&B, and pure hip-hop.

The acoustic guitar-clad Joseph Solomon opened the show up with a quick 15-minute set that saw him really suck the crowd in. His quips between songs were funny, natural, and extremely heartfelt. He was delicate with the guitar, and inspiring when he switched over to spoken word segments. He firmly began setting the tempo for the night.

Tauren Wells, formerly of Royal Tailor, lit up the room with live drums, synth beats, and a DJ. He seamlessly blended an influenced mix of Michael Jackson and Justin Timberlake into fun pop/dance songs that work well in front of people. Wells brought the tempo up a bit further for the night.

Next up was Blanca, who entered the stage with an insane amount of energy. She jumped around, danced, and had a spectacular light arrangement to go long with her set. Blanca commanded the stage with so much swagger and confidence that the crowd got into every second of her performance.

One of her best performances of the set was for her song, “If You Say Go.” Blanca even rapped on “Not Backing Down.”