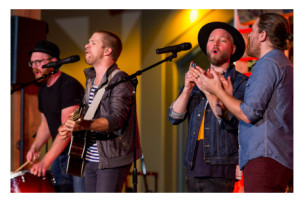 Birthed out of a church unity and urban missions movement in Hamilton, Ontario, The City Harmonic recently garnered its third JUNO Award nomination in a row, receiving a nod for “Contemporary Christian/Gospel Album of the Year” for their critically acclaimed project, WE ARE. Often compared to the GRAMMY Awards®, the JUNO Awards is Canada’s premier awards show and the Canadian music industry’s most prestigious recognition for excellence in recorded music. The 45th Annual JUNO Awards will air Sunday, April 3 from Calgary on CTV at 7pm EST /5pm MST.

The band’s nomination follows a previous JUNO nod for their Heart album and a JUNO win for I Have A Dream (It Feels Like Home), and comes just as TCH releases its new single, “Let There Be Light”, from WE ARE to Christian radio. The latest nomination also follows 24 GMA Canada Covenant Award nominations and nine Covenant wins by the band, including awards for Group of the Year, Praise and Worship Song of the Year and Recorded Song of the Year for the band’s evergreen hit “Manifesto”.

Released last fall, WE ARE harkens back to the band’s roots, delivering modern hymns and worship 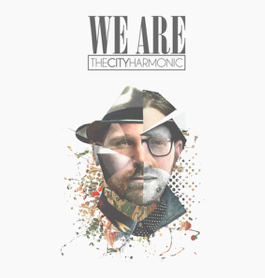 anthems of longing, hope and celebration woven around the theme of Christian unity. It is a message that immediately struck a chord with fans and music critics:

“… this exceptional alternative rock worship album is one of the best of the year… Every song is emotionally stirring and rooted in the Truth of God’s Word.” – NewReleaseToday

“The new album WE ARE from The City Harmonic will leave you feeling refreshed and rejuvenated.” – AXS.com

“The City Harmonic are one of those bands that seem to get it right time and time again… some of the best songs around.” – LouderThanTheMusic.com

New single “Let There Be Light,” which is available for adds February 15, is a standout fan favorite from WE ARE and a reminder that God spoke, and continues to speak light, hope and peace into the world.

“Word of God, God from the start / Re-creating human hearts / Make us like the moon at night

A mirror of the Light / With just a word set the dark to flight / Sing to the world ‘let there be light!’”

As the single impacts radio, TCH prepares for a Canadian “WE ARE Tour” with stops in Montreal (March 31), Ottawa (April 1), Hamilton (April 2) and Cambridge (April 3).  This is in addition to an appearance at Impact 2016 in Johnson City, TN on February 18 and prior to the band’s summer festival appearances including the Elevate Music Festival in Prescott, AZ on June 24, the Nightvision Music Festival in Olathe, CO on July 15 and Kingdom Bound in Darien Lake, NY on July 22. Additional tour updates and news can be found at http://thecityharmonic.com andhttps://www.facebook.com/thecityharmonic.  Fans can follow the band on Twitter and Instagram @TheCityHarmonic.