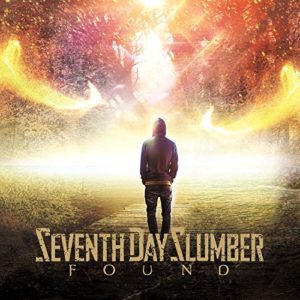 Click the play button above to hear the title track.

Highlights of Found include such signature rockers as “Sky Is Falling” and “Into The Fire,” as well as the piano-based “Mercy Meets My Pain” and the worshipful “My Last Words.” The project’s title cut and lead single, written by founding members Joseph Rojas and Holderfield, along with acclaimed singer/songwriter Daniel Doss, mines deeply personal territory for Rojas.

“‘Found’ came from the heart and hits me every time I perform it,” Rojas says. “The truth is, I was singing every night on stages all over the country ministering to others, but inside I felt empty. I poured myself out but never filled back up. I was too ashamed to tell my pastors how empty and depressed I was feeling and I ran to things that left me emptier than before. Food became an addiction and I isolated myself in embarrassment of the weight I had gained.”

“I came to realize I was so empty because I wasn’t allowing myself to rest in Him,” he continues. “As St. Augustine said, ‘You have made us for yourself, O Lord, and our hearts are restless until they find their rest in you.’ When you lose that closeness with God, nothing you have or accomplish will fulfill you. It’s the love, grace, and mercy of Jesus that has kept me all these years. From delivering me from a $400 per day cocaine addiction to my present situation, He is faithful!”

Seventh Day Slumber will debut selections from Found during their Summer RockFest headlining tour—also featuring Random Hero and The Protest, among others—as well as this fall’s Small Town America Tour with Manic Drive, Shonlock, Consumed By Fire and others. Both outings will hit numerous cities throughout the U.S. this year.