Check out the music video for “Silver Bells” HERE:

Martel will also embark on tour with Grant and Smith for seven Christmas shows, followed by nine shows with Smith. The highly anticipated tour dates will feature selections of Christmas repertoires and combine the vast collection of critically-acclaimed holiday albums between the artists.

Martel, who was called upon to be one of the voices of Freddie Mercury in the 20th Century Fox film, Bohemian Rhapsody, and whose role in the film opened up touring opportunities that have brought him in front of sold out crowds, and coverage by the New York Times, Good Morning America, and hundreds of other media outlets, has forged for himself a unique and diverse career. “ Amongst other accolades, Martel was handpicked by original Queen band members Roger Taylor and Brian May to front their official Queen tribute show in 2012. After a handful of successful tours with them, Marc ventured out and created his own show, The Ultimate Queen Celebration, which performs all over the world, and will embark on an upcoming Germany/Austria/Switzerland run in 2020.

“Getting in the studio with Michael and Amy on ‘Silver Bells’ was such a blast, and just about as easy-going as you could imagine. I had worked with Michael W. Smith before on a tour my old band Downhere did with him years ago. But this was my first time really working with Amy Grant. As the behind-the-scenes video shows, there were lots of laughs, and great conversation. It was the perfect precursor to our upcoming tour together, where I get to be their special guest!” 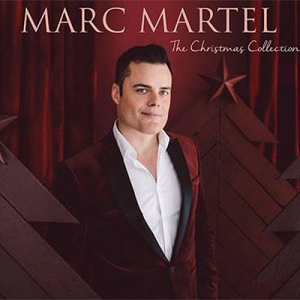