The tour takes its name from Camp’s newest studio album, The Answer (Capitol CMG—buy), which released late last year. The album’s title cut will release to radio on Feb. 23, 2018 and follows Camp’s stellar 15-year career. According to Billboard, he has the most No. 1 songs among solo artists on Billboard‘s Christian Airplay chart.

“I can’t wait for everyone to hear these songs,” shares Camp about the new album and tour. “After all these years, it’s amazing how the well to draw from never runs dry when we rely on Him. The Lord continues to give deeper and deeper songs that speak to different seasons of life. It’s been great to play these songs live. On The Answer Tour, we are playing new songs, of course, but also bringing back some very early ones. It’s a very exciting season.” 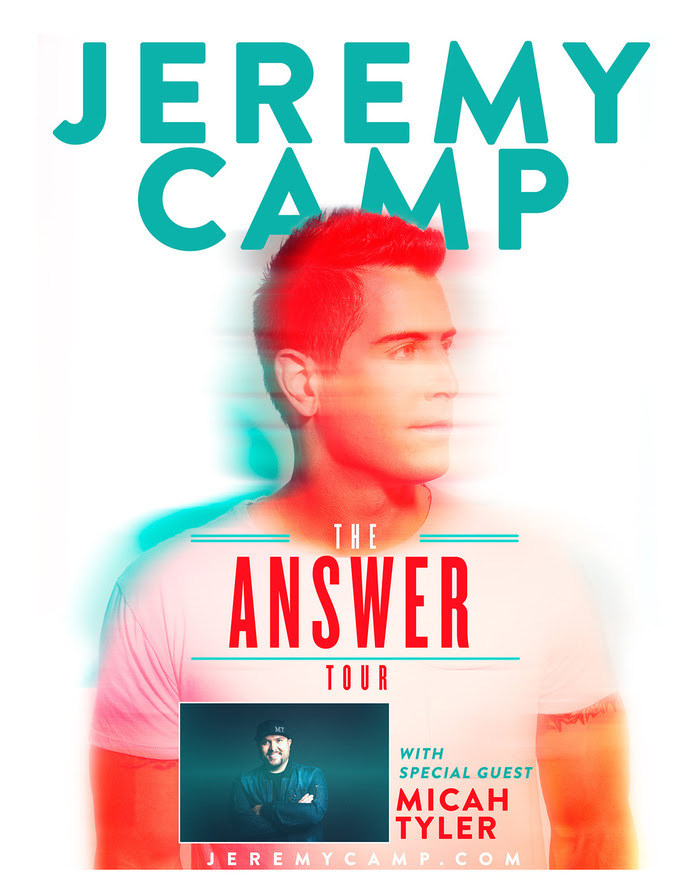 A special VIP package is available, which includes a pre-show meet & greet with photo opportunity, early entry or best seats in the house, and an exclusive signed photo. A complete list of tour dates is listen on Page 2, and ticket information is available at JeremyCamp.com.