In our latest installment of CCM Magazine‘s Features On Film, host Andrew Greer sits down with rising star and 4 Against 5/Word Entertainment artist Steven Malcolm. CCMmagazine.com touts his current release, The Second City – Part 1 (buy) stating, “Part 1 contains a plethora of material—from the hymn-like, to the bounce-tracks, to just great hip hop,” and “The Second City is a welcomed indication that we’ve only witnessed the beginning of Steven Malcolm” as reviewed by Managing Editor Kevin Sparkman (full review).

When asked about his upbringing and journey to Christ, Malcolm stated, “Growing up without my father, my mom had moved away, my sister was doing her own thing…I was alone. Inside and out. Then God stepped in and it’s been up from there.” Going even deeper, Malcolm added, “I learned there is such thing as righteousness, purity, and viewing Jesus as more than a ‘get out of hell free’ card to actually being Lord of my life. …Without wanting or trying to, I began changing.”

This Features On Film offers Greer’s interview with Malcolm, and a special full-band, in-studio performance of “Not Unto Us” (feat. Taylor Hill) that begins at the 15:37 mark. Watch the entire episode on this page by clicking the “play” button above. Please stay tuned to CCMmagazine.com for more Steven Malcolm and Features On Film coverage coming soon! 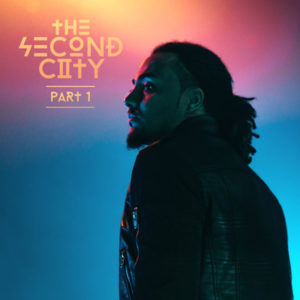