Christian Hip-hop artist YB is originally from Pine Bluff, AR, but has spent most of his life on the road, not quite belonging in any one place. Despite a challenging upbringing as one of 8 children in a single mother home, YB found the presence of God at a young age. However, he remained wary of Christianity for many years because of the high commitment he knew it would require following Christ.

YB went to a Passion conference while in college and realized that “his life needed reworked.” YB surrendered all of himself, including his love for music, to Christ, and God began to rework him from the inside out. Through music, mentors, and his relationship with his wife, YB found his calling to pastoral ministry, as well as a burning passion for using music for impacting the lives of the next generation of God’s soldiers. Over the years, YB has been determined to release fresh, engaging content to the youth of this generation.

YB’s latest album, Fire & Ice, released October 9. Check out what YB has to say about his new album, life, his influences and more…

CCM: If you had only five words to describe your new album, it would be…?
YB: Five words I would choose to describe the album would be: transparent, energetic, thought provoking, refreshing, and intentional.

CCM: What led you to pursue a career or ministry in music?
YB: Months before actually making the decision to truly go all in with the music, I remember having dreams of transitioning from my job and starting fresh. God was telling me to go full time with the music and to be honest, I was terrified of the jump. I had a family, a salary, and etc. and just turning around to do something uncomfortable rocked my world.

I remember telling my wife the idea of doing music full time, waiting for her to tell me I was crazy so I could put these thoughts to rest, but she actually encouraged me to really sit with God and do what He wanted. I have always had a passion for music, but truly being intentional about building something that would point people to the Kingdom of God, that was me answering God’s call.

CCM: Do you remember that moment when you realized you wanted to make an actual career out of music?
YB: I do, it was way before things even picked up, but I remember walking down a hallway in Holland, Michigan and just selling myself on the idea of truly going all in with the music ministry. That was about a year and a half ago. But I remember that day vividly.

CCM: What are your hopes for the new project?
YB: More than anything, I pray people experience peace when going through the hills and valleys of life. We serve a good God, but many people assume that the moment something bad happens, God is no longer for them, or He’s done fighting for them. That way of thinking can keep us from experiencing ALL that God has for us, even in the difficult times.

CCM: If you could potentially tour with any other artist or band (that you haven’t already), who would you choose and why?
YB: Oh man, that’s good. I would want to tour with NF or Social Club Misfits. I know that’s a wide spectrum, but I’m a student at heart, and they tour a lot so I would want to learn as much as I can so in return I can create a better experience for the soldiers.

CCM: What was the last book you read?
YB: I’m currently reading the 100x leader. It’s stretching me, haha, but I want to stay on top of my game for my team.

CCM: If you could tell the world about another artist/band to check out, who would it be?
YB: Oh man, it would be Ty Brasel. Bro, is so different but yet effective. Not only is the flow crazy, but he’s about God’s business, and that hands down get my vote.

CCM: What has been interesting to you musically lately? Perhaps something new to you in terms of listening habits or influences?
YB: To be honest, I’m all over the place. I’m playing Sam Cooke, Taylor Swift, NF, Jon Bellion, and the list goes on. Yeah, I may like songs, but more importantly I’m breaking down the structure of the songs. I’m taking notes on how they’ve carried emotion throughout their record. Jon Bellion is really good at that.

CCM: Name a song that you wish you’d written (and why).
YB: That’s good, I would say, “We Are The World” the original version. The lyrics are good, the message is phenomenal, but the fact that they got artists from every genre to come together for a song of the people is what brings it home for me. Genius. 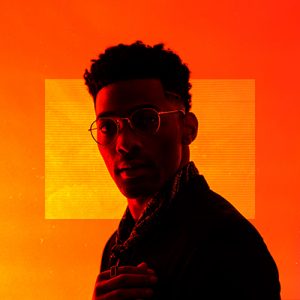 CCM: How did you arrive at the name of your new album?
YB: We got the album title from being honest with my journey. As for everybody, in life there’s highs, lows, and the in between. But, we live in a time where we only broadcast the highs, the really high, and the highest. So when people experience lows in their life, it’s easy for them to feel hopeless. Because you think, “I’m the only one in last place,” “I’m the only one fighting a battle.” But in reality, we’re all fighting to stay afloat. So Fire & Desire is about the entire process, not just the good parts.

CCM: What can listeners expect in terms of the sound, style and lyrics?
YB: Growth. From the production, to delivery, to the lyrics, I was intentional about pushing myself beyond what I was used to.

CCM: What was the songwriting process like on this record?
YB: I actually had a lot of fun writing this record because this was the first album where I could wake up and spend the rest of the day in the studio, if necessary. Where as previous records, I was a little more pressured for time. So on my emotional songs, I would go through old family photos, reminisce childhood memories, etc. to help capture emotion for the record we were working on. I think really sitting with concepts, help take the songs to the next level.

CCM: Are there any underlying themes or threads that tie this project together?
YB: Yes, I would say stories. A few years back, I had someone tell me, “I love your music, I just don’t know who you are as a person.” So going into this album, I was more intentional about pulling in my own personal stories and highlighting God’s work in that time of my life.

CCM: How important is your faith or spirituality within your music?
YB: It’s crucial. I never just want to “make music.” I feel a responsibility to echo a transforming truth to the people of this generation. The world has enough “rappers,” I’m on a mission to serve a purpose much greater than myself.

CCM: What message do you hope listeners will take away from your music, regardless of what they believe?
YB: I hope listeners walk away from my music knowing that they’re going to make it through. Life is hard, some people are walking through storms some people may never experience, and I pray any track they press play on, encourages them to take another step.