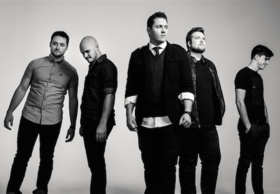 Lashes, releasing March 11. Ascend is the follow-up album to their successful sophomore project From Water To War (Tooth & Nail), which released in 2014. This Alabama band worked with producers Aaron Sprinkle, Ian Eskelin and Barry Weeks to create the new uplifting record. “We intentionally focused on the lyrics to be uplifting and positive,” describes guitarist Jonathan Jefferson. “Like all our other records we always want to point to the hope in Christ Jesus. The reason we do music is to point people to Jesus and also encourage them to deepen their relationship with Him.” The first single off the album will be “Heartbeat” and will go for adds at Hot AC/CHR.

The band is releasing Ascend after a year of changes for the group, including members and their sound. After having two band members move on to other callings in their lives, the group has adjusted their sound, bringing them more to the middle of the pop/rock road. “We love rock music and will always have a passion for it,” shares Jefferson. “But we really wanted to do something very different from what we have already done. We feel like we fit in with pop bands and rock bands. With this album, we have felt like including some worship style songs and it was a great experience in addition to the pop music that has been apart of us from the start.”

The band introduced their new sound back in December with, “Galaxy,” which included a new lyric video. “’Galaxy’ is about the end of this life when we are brought up in the sky with Christ,” explains Jefferson. “As Christians, we all look forward to the day that we will be face to face with our Savior. That’s simply what the song is about.”