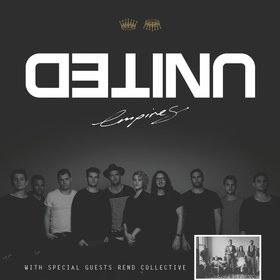 NASHVILLE, Tenn.—After recent stops in India, Singapore and Indonesia, Billboard Music Award winners Hillsong UNITED will bring their highly acclaimed EMPIRES Tour to the United States, featuring special guests Rend Collective. In their first touring return to North America since 2013, EMPIRES Tour will kick off February 11 in Sunrise, Fla. and end with two dates in Honolulu, Hawaii. Due to sold-out shows, additional dates have already been added to the band’s U.S. trek.

The Australian-based Hillsong UNITED has a long history of sold-out shows in the United States, including notable venues such as the famed Hollywood Bowl (Los Angeles), Staples Center (Los Angeles), Red Rocks (Denver), ShoWare Center (Seattle), Gwinnett Center (Atlanta) and BankUnited Center (Miami). Hillsong UNITED holds the record for largest attendance ever in the Sears Centre Arena (Chicago, IL), outdrawing concerts there by such legendary performers as Billy Joel, Elton John and the Eagles. Since 2006, Hillsong UNITED has toured six continents and 42 nations.

“We haven’t really done our own thing in the USA since WelcomeZion 2013, so we are super excited to be bringing the EMPIRES Tour to the states,” shares Joel Houston of Hillsong UNITED. “We write songs to be sung with people—they are always for the people—so when we get to sing these songs with people on the road, it is the purpose of why we do what we do! We can’t wait to worship with people singing all the new EMPIRES songs as well as everyone’s favorites.”

“Say The Word,” the latest single from Hillsong UNITED’s EMPIRES is currently impacting radio. The track picked up 30 adds in only two weeks. EMPIRES strongly debuted in Spring 2015 at No. 1 on Billboard‘s Christian Albums Chart and No. 5 on the Billboard Top 200. The album was met with appearances on The Today Show and Yahoo! along with critical acclaim from the likes of USA Today and The New York Times which remarked their talent as “a musical powerhouse.” 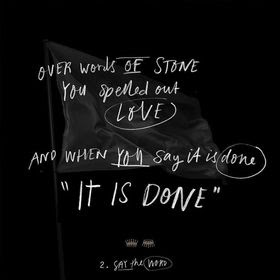 For more information on the EMPIRES Tour, visit hillsong.com/united/#tours.