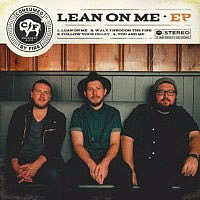 They teased with their first single “Walk Through The Fire” on the Four Blood Moons Soundtrack earlier this year, and last Friday, the Oklahoma brothers Josh, Jordan and Caleb Ward are giving you a little bit more with their new EP titled Lean On Me.

The project includes four songs that will also be featured on their forthcoming full-length album, tentatively titled Giving Over that is set to release in spring of 2016. Raised as pastor’s kids, they grew up traveling and were exposed to various cultures and music. They found that music was their ultimate education. Influenced by legends such as The Eagles, CCR, Bob Seger and other R&B icons, the brothers blended those sounds together to create a southern pop/rock sound that with catch your attention with the first strum.