Top songwriters, artists and executives of the Christian music industry were in attendance to celebrate the most performed ASCAP Christian music songs over the last year. Top honors were presented including:

David Garcia was presented his second ASCAP Christian Songwriter of the Year award by artist Matthew West. His most-performed songs include “Everything” (TobyMac), “Grace Got You” (John Reuben) and “The Breakup Song” (Francesca Battistelli). The multiple Grammy and Dove Award-winning songwriter and producer is nominated in several categories for this year’s Dove Awards on October 15.

The songwriters and publishers of “Reckless Love” received the ASCAP Christian Music Song of the Year Award. Co-writer and recording artist Cory Asbury treated the audience to a performance of the hit.

Capitol CMG Publishing claimed the ASCAP Christian Music Publisher of the Year Award for the 17th consecutive year for songs including “All My Hope,” “Do It Again,” “Everything,” “Resurrection Power” and more. Capitol CMG Executive Vice President Casey McGinty and his team were on hand to accept the award.

In addition to “Reckless Love,” the other two top Christian song performances — “Do It Again” and “Grace Got You” were introduced by Francesca Battistelli. Redman performed “Do It Again,” while Garcia and Glover performed “Grace Got You.” A total of 21 most-performed song awards were presented during the show.
Notable artists in attendance included Chris Cleveland (Stars Go Dim), Pat Barrett and Sanctus Real. 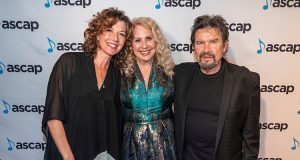 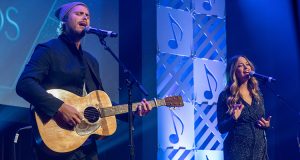 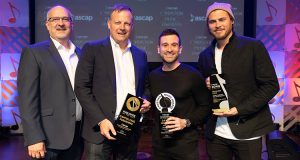 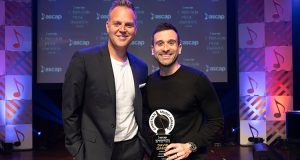 3) (‘Of the Year’ winners) Publisher of the Year Capitol CMG’s Casey McGinty and Brad O’Donnell, Songwriter of the Year David Garcia, Song of the Year “Reckless Love” songwriter-artist Cory Asbury