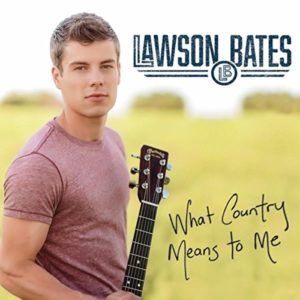 CCM Magazine was given the opportunity to interview reality television star Lawson Bates and 2015 runner-up from NBC’s The Voice, Emily Ann Roberts, in the studio while recording their duet “I Have Decided (buy).” GRAMMY Award-winning Andy Leftwich wrote the arrangement and produced the single as well as Bates’ sophomore record, What Country Means To Me (buy), which released Nov. 10, 2016.

To watch the duet video on this page, please click the “play” button above.

Both natives of Knoxville, Lawson and Roberts met at an autograph signing in their hometown. Robert’s friends recognized Lawson from UP’s hit show, Bringing Up Bates, and asked Lawson if they could introduce him to her—the rest is history! Enjoy our interview with the two friends on the next page: