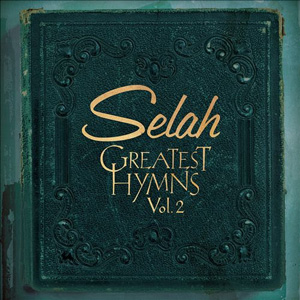 Selah might have sold over four million albums worldwide on the strength of eight No. 1 singles, but the members of the acclaimed vocal group still find themselves humbled from time to time. In our latest “memorable tour moment,” Amy Perry tells us about a hilarious yet touching moment of a fan with a photographic request gone wrong.

Several years ago, Selah was invited to be a part of a Kathy Troccoli & Friends Cruise. I was so excited, as some of my favorite groups were going to be on the cruise with us. When we boarded the boat, I got on an elevator and someone recognized me. No one ever recognized me! Later that night, as we all gathered for the first concert, Kathy addressed the cruise-goers and explained that all the artists were on vacation too, so to please not ask us for pictures or follow us around.

The next day, we were on the beach and a sweet lady approached me with her camera and asked, “Would you mind?” “I guess not,” I said, “If you don’t mind that I look horrible.” She looked at me a little funny; I guessed she didn’t mind. My husband walked over so I suggested he take the picture so all of her sons could be in it. Again, she looked at me funny. As Jake held the camera ready, I reached over and introduced myself to her granddaughter and family, and put my arm around her. Just as Jake was about to take the picture she looked over her shoulder at me and said, “I just wanted you to take a picture of me and my family.”

Then I realized. She didn’t want a picture of Amy Perry from Selah, and I thought to myself, “She doesn’t know who I am.” But of course I wouldn’t say that out loud! So I simply said, “You don’t have any idea why I would want to be in your family picture?” She said, “No.” I replied, “So you’re not with the Kathy Troccoli & Friends Cruise?” Then her family exclaimed, “Kathy Troccoli‘s on the cruise?” And I said, “Yes, and Phillips, Craig & Dean.” They, of course, loved Phillips, Craig, & Dean, so then one of them asked, “You’re on the cruise too? Who are you?” They had no idea who Selah was. But they were so very sweet. They made me get in their family picture, came by our concert that night on the boat and ended up becoming fans.

Anytime I get a little too big for my britches, I’m reminded of this story. When I start to think I’m a big deal, other people probably just think I’m a crazy lady trying to get in their family photos.

About Selah | Comprised of Todd Smith, Allan Hall and Amy Perry, Selah is one of Christian music’s most beloved groups. With a career boasting total sales surpassing 4 million album and single units combined, Selah has garnered eight Gospel Music Association Dove Awards—including five Inspirational Album of the Year trophies—and eight #1 singles. Their signature hits include “You Raise Me Up,” “Press On” and “You Amaze Us,” among numerous others. Selah’s latest recording, Greatest Hymns, Vol. 2 (buy), is now available.