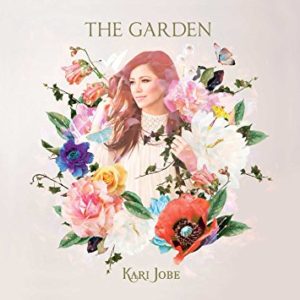 In every way, Kari Jobe would say she’s never suffered more for her art than the songs that comprise her latest album, The Garden (buy). Shortly after watching her sister give birth to a stillborn daughter, James Ivy, Kari celebrated the arrival of her own firstborn. The ensuing season of tragedy and triumph brought a myriad of questions as the family experienced the full spectrum of emotions.

In response to the loss, Kari says she pressed in to her songwriting sessions more than ever, determined to avoid trite phrases or cliché responses. The hard work paid off in a new set of songs that flow as a deeper stream than anything she has previously released. Jobe is proud of her work and grateful for the lessons learned, and she hopes these songs connect with fans that have experienced a traumatic loss of their own.

CCM Magazine: We know you’ve endured tragedy and triumph during the songwriting season that led to your new album. What made you title this The Garden, given that background?
Kari Jobe: It’s been such an amazing season to watch God’s faithfulness—for me to see things in a way I wouldn’t have had I not gone through this experience. I’m amazed at how He is so attentive to details. He is so intentional with things in our lives. We bought a house that had a garden in the backyard, and I had no idea it was even there. It’s full of Ivy, which is my niece’s middle name, and it started blooming just right at the season where we were going to start ministering again.

I’d been in such a place of sorrow but celebration because I had a brand new baby. There were so many uncharted waters at that time for me to be able to look out the window into my backyard and see it all, I was blown away by the fact that God knew what I would need just when I would need it.

All of these songs were written in that full spectrum of emotions, that season of walking through and experiencing what God was speaking to me and what I was learning through all of it. I tried to write it all out in songs and a lot of friends helped me with the language of what to say and how to say it poetically. I didn’t want it to sound Christianese or trite.