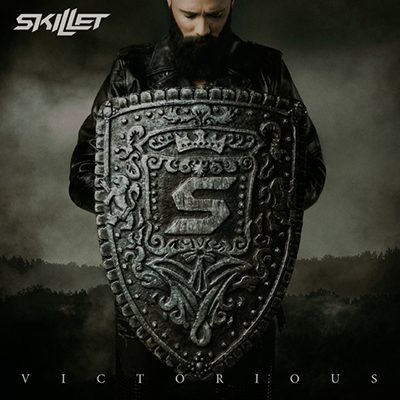 With today’s raging culture wars, Christians can sometimes feel like that near-beaten boxer, the bloodied and staggering Sylvester Stallone at the end of every Rocky film. Yet when Skillet’s John and Korey Cooper sing/shout the anthemic chorus to “Victorious,” the title track off this the band’s latest full-length effort, it creates the kind of adrenaline rush that propels Rocky to victory in the final round of (nearly) every fight. With this winning message, Christians can share in “victory through our Lord Jesus Christ,” as 1 Corinthians 15:57 reminds us.

Elsewhere, with “This Is The Kingdom,” Skillet pounds out the beatitudes with a heavy, Imagine Dragons-esque percussive groove. Although most Skillet songs have been built around crunchy, hard rock riffs and John Cooper’s sandpaper lead vocals since the group’s inception in the mid-90s, “Terrify the Dark” combines a softer vocal tone with a mellower rock instrumental bed. “Your light will terrify the dark,” Skillet sings of our Savior, still proclaiming victory–after all these years.