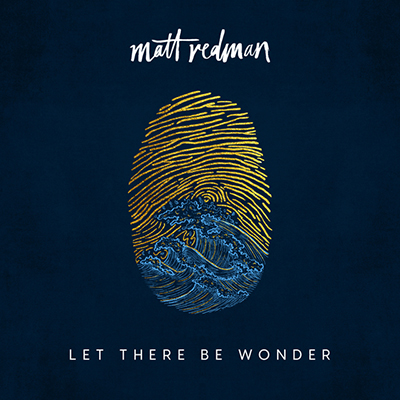 “Let There Be Wonder”

Matt Redman ‘Let There Be Wonder’

Let There Be Wonder is already Matt Redman’s 14th recorded project, yet only his first for Integrity Music. With this album’s 14 songs, Redman focused his songwriting on “the name, character and story of Jesus.” Redman’s primary purpose with this album’s theme is to distinguish Christianity from those that only “speak generically about God.” Redman’s here to say His name and declare Jesus to the world. The album opens with “The Same Jesus,” continues later with “King Jesus” and latter proclaims, “Jesus Your Name” in order to—with song titles alone—form an obvious thematic pattern. The album’s title track opens with a chiming electric guitar riff, which gives it a decidedly Hillsong vibe that then leads into a strong, sing-able chorus. Redman wrote with some of today’s best worship leaders, including Phil Wickham and Joel Houston. The result is a powerful collection of Jesus-centric songs that can’t help but fill the soul with wide-eyed wonder.