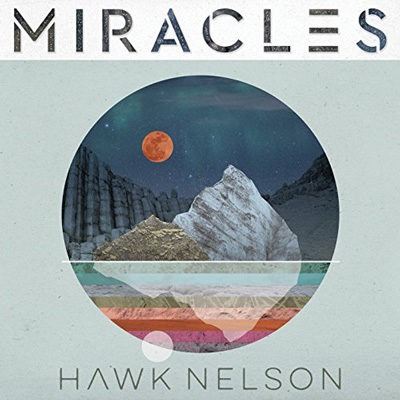 "He Still Does (Miracles)" 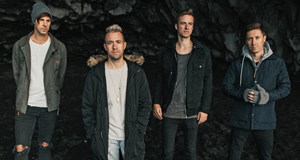 Miracles (buy) is Hawk Nelson’s eighth studio album. A review of that discography reveals remarkable diversity, from the band’s roots as a pop-punk outfit with a penchant for catchy hooks, through a series of noteworthy lineup changes, to today’s incarnation as a pop radio juggernaut with, well, a penchant for catchy hooks. It’s been a while since the band’s last release in 2015, when “Drops In The Ocean” spent nine weeks as the number one song on the AC Radio chart, but Miracles is poised for similar impact. The sound is so well-polished, a new listener would have no clue this is the band that brought us “Bring ‘Em Out.” That means two things. First, the current incarnation is making tight, well-crafted pop songs like they’ve been together forever. And punk bands do have to grow up, after all. Second, and this is a bit cautionary, the songs are at times so shiny and radio-friendly that they tend toward the generic. Lead single “He Still Does (Miracles)” rides a bright hook at the high end of the keyboard to remind discouraged believers that the God who lit a pillar of fire and parted an ocean is still at work. Similarly, “Weightless” has such a buoyant bounce you’ll actually walk a little lighter while you listen. When they maintain a sense of identity and originality, as so many of these songs do, these are as bright and catchy as any song you’ll hear on the radio.