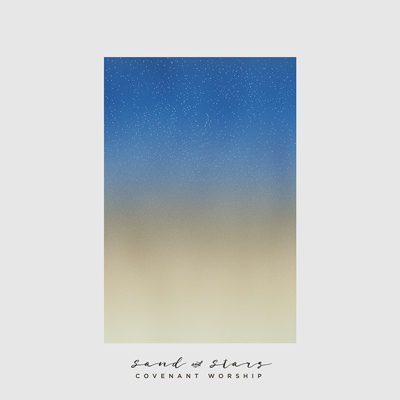 Dually named after an inspiring message involving the 40th anniversary of and coupled with the transition of leadership at the 10,000-plus Dallas congregation Covenant Church and the scriptural covenant to Abraham found in Genesis 22:17, Sand & Stars (buy) is a collection of declarations and celebrations—literally recorded under the stars. Listen with headphones, and you’ll want to personally present an award for “Production Of The Year”—there must be something in that Texas air. The album opens with the opus “Gate Of Heaven,” which aptly and effectively ushers the listener into a posture for worship. The recording in totality features an array of musical voices from hints of traditional and ethnic percussion, to the modern worship staples of electric guitars and keyboards, to intricately orchestrated string arrangements. Strictly destined for the church with tracks like “All Things” and “Song Of My Heart,” the project’s more album-like tracks such as “Back To The Father” and “Persuaded” provide for general listening enjoyment. Sand & Stars is an all-together joyous and worshipful experience.