Nashville, TN (March 4, 2019)
Beyond, Teressa Mahoney’s highly-anticipated 2019 release, showcases her grounded, honest musical style. This record shares the gentle, kingdom-breathed tone of other christian music artists like Audrey Assad and Andrew Peterson. Beyond is available March 8 on all music platforms.

Perceptive lyrics lay bare the yearning and grappling of an earthly journey, while Teressa’s achingly-sweet vocals echo the beauty and safety of a long-awaited home. With tracks ranging from the bright and hopeful “Kairos” and “Your Beauty Fills the Night” to the stripped-down heart cry of “Save me O God,” Teressa further develops a message of redemption and rescue amid the difficult realities of life. Fans will relish her cover of Amy Grant’s 1974 and recognize Teressa’s characteristic vulnerability in “The Castle,” a song exploring walls built and torn down in relationships.

Speaking of Beyond’s themes of hope and vulnerability, Teressa says, “I have more questions than answers at this point in my life, and I have learned to relish the beauty and adventure inherent in living in that space.” A house concert is scheduled on the release day in Castle Rock, Colorado. 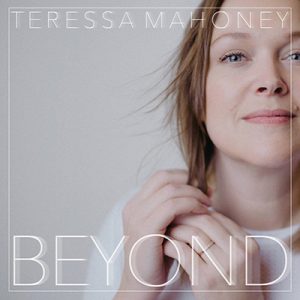