Multi-platinum selling and GRAMMY® winning group Casting Crowns has joined a very small but elite group of Christian artists as they surpass 10 million albums sold to date since their label debut in 2003.  Their latest release “The Very Next Thing” is the group’s 15th release and eighth studio album since the label debut release. With these sales numbers, Casting Crowns has held the position as Billboard’s top-selling act in Christian music since 2007.

On October 16, 2017 the band was presented a plaque for this accomplishment at a private event in Nashville, TN.  Click the play button above to listen to what Mark Hall said following the presentation. 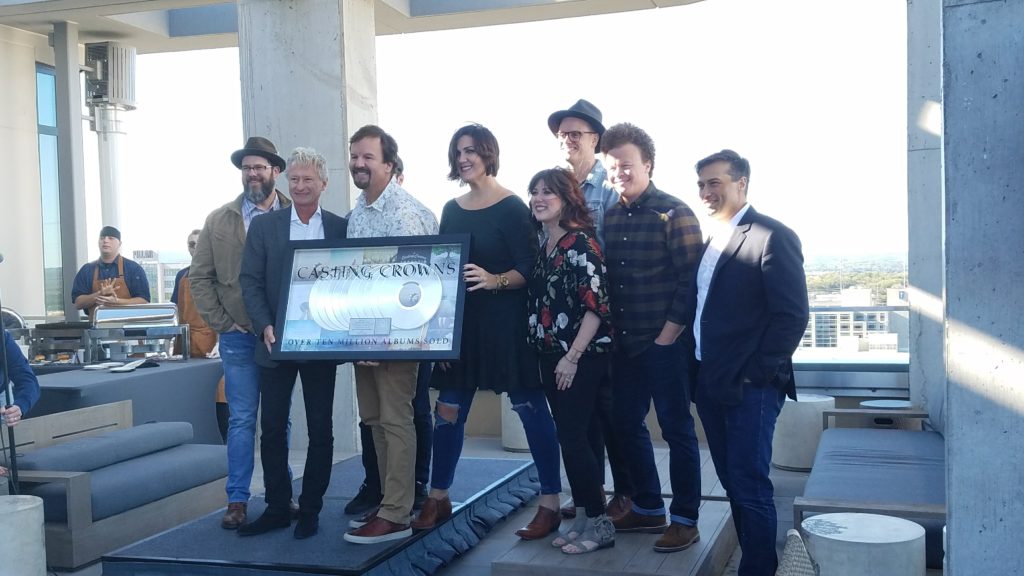