Nothing tests a band like membership changes, especially if it concerns the one standing out front. Rock ‘n’ roll history is littered with stories of bands who tried to press on after changing lead singers—some find even greater success, but most are left dealing with upset fans. And sometimes, it just creates two camps that continue to argue today (just ask Van Halen).

The Christian rock world has employed plenty of revolving doors over the years. Here’s a rundown of the most memorable lead singer switches. 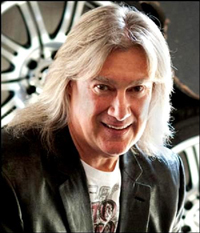 PETRA
This is perhaps the first great switch! When Petra’s Greg X Volz passed the reins to John Schlitt in 1985, it should have sunk the popular hard rock band. Instead of slinking away like so many bands during such a move, Schlitt’s falsetto became Petra’s signature for a long string of successful albums. The Volz era gave us “The Coloring Song” and “More Power To Ya,” but where would be without “Beyond Belief”?

Where are they now? During his time off from Petra, Volz recorded a few solo albums, and he toured with some original members as Classic Petra from 2010 to 2012.

NEWSBOYS
A lot of ‘90s youth group kids would put the Newsboys at the top of their CCM nostalgia list. But while most of us remember Peter Furler rocking the guyliner while stepping up to the microphone, lead vocals were actually a joint effort with John James for the first third of their career. The two would share vocal duties on two of the Boys’ biggest albums, Going Public and Take Me To Your Leader, before James’ departure in 1997.

Where are they now? Currently, John James and his family live in Australia, and though he’s retired from music, he works in ministry, sharing the story of his Newsboys years, his struggles with addiction, and his subsequent restoration.

NEWSBOYS 3.0
Does anyone else remember a live video of Michael Tait joining the Newsboys on stage for a song, holding the liner notes so he could remember the words?   (Hint: It was on a DVD that came with the special edition of Thrive.) Maybe it was a sign of things to come… in 2009, Furler officially stepped back from touring, and Tait became the third voice of the Newsboys.

Where are they now? After some time off from music and releasing a solo album, Peter Furler joined up with former Newsboys collaborator Steve Taylor and his new band, The Perfect Foil. That band also recently released an album with Danielson, another Christian alternative mainstay, as Steve Taylor and The Danielson Foil. Collaborations within collaborations. #CCMception 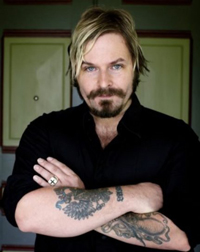 AUDIO ADRENALINE
Audio Adrenaline’s story isn’t too different from the Newsboys, though their line-up change began with a total disbandment. Citing voice problems for lead singer Mark Stuart, Audio A released a final hits album in 2006 before packing up their big, big house of hits. Six years later, they re-launched with a new lineup, including another former DC Talk’er Kevin Max!

Where Are They Now? For a couple years, Mark Stuart and fellow Audio A founder Will McGuinness worked together on a group called Know Hope Collective. These days, he’s mostly involved with The Hands and Feet Project organization in Haiti.

AUDIO ADRENALINE 3.0
As much of a ‘90s nostalgia dream it was to have both Newsboys and Audio Adrenaline return with dc Talk personnel leading the way, it didn’t last forever. Kevin Max departed, and the group got yet another overhaul, this time with former Stellar Kart singer Adam Agee on lead vocals.

Where Are They Now? Ever the musical chameleon, Kevin Max is back to making his own adventurous solo projects. His latest? A collaborative EP of 80s covers with synth artist Service Unicorn. Now that sounds a little more like K-Max.

Where are they now? After leaving Hawk Nelson, Jason Dunn went to work on a project with his new band Lights Go Down. Their debut EP We Kept It Alive released last year. 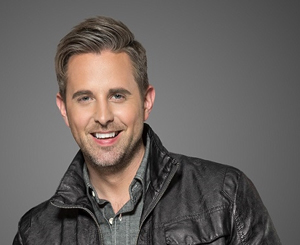 SANCTUS REAL
One of Christian rock’s longstanding front men Matt Hammitt departed Sanctus Real after an incredible 20 year run this past December. New vocalist Dustin Lolli will have his work cut out for him to move away from Hammitt’s shadow.

Where are they now? Hammitt will stay plenty busy away from Sanctus Real with his own solo career and his work with Lead Me Live events. Matt and his wife Sarah also have a podcast called the Lead Me Lifecast.

Which band do you think became even better after a personnel switch? Did we miss someone? Sound off in the comments!