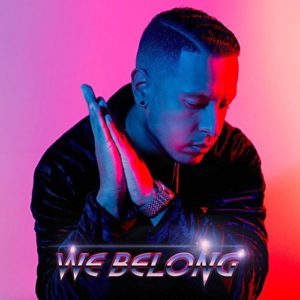 In anticipation of GAWVI‘s new release We Belong (Reach Records, Mar. 31, 2017—buy), singer Kylie Odetta releases this cover and video for GAWVI’s new single “Closer.” Exclusively premiering on CCMmagazine.com on Mar. 28, 2017, you can watch the video on this page by clicking the “play” button above.

“The opportunity of recording this new cover song and music video came to me by none other than the grace of God. Through a friend who was interning at Atlanta-based Reach Records this semester, I was offered the chance to do an acoustic cover of GAWVI’s single ‘Closer.’ The song is about wanting to be drawn closer to God and recently that has been a personal prayer for myself and my family—there was no coincidence that this song came to us when it did. I hope that people will feel God’s love when they watch the video and listen to the song. I feel incredibly grateful for the opportunity that has been given to me by my friend Laura Beth Snipes, Reach Records, and GAWVI.” -Kylie Odetta

After almost a decade of crafting chart-topping gems as a hip-hop producer, GAWVI’s accolades began to mount. He’s worked with mainstream heavyweights like Rodney Jerkins and Pharrell, had his music featured on The Tonight Show Starring Jimmy Fallon, and produced numerous hits for the likes of Lecrae, Andy Mineo, and Trip Lee. This multi-faceted producer is now ready to raise the stakes. GAWVI is stepping out as a solo artist, and in 2016 released two EP’s—Lost In Hue (buy) and Holding Hue (buy)—the former hit #2 on the Billboard Dance/Electronic charts. The projects re-introduced GAWVI as a force to be reckoned with. Singles like “Late Nights” and “In The Water,” which peaked at #1 on the Hot CHR Top 40 chart, helped take GAWVI to new audiences. His debut album, We Belong is set to release on March 31, 2017 along with singles like “Closer,” “God Speed,” and “Rock N Roll.”